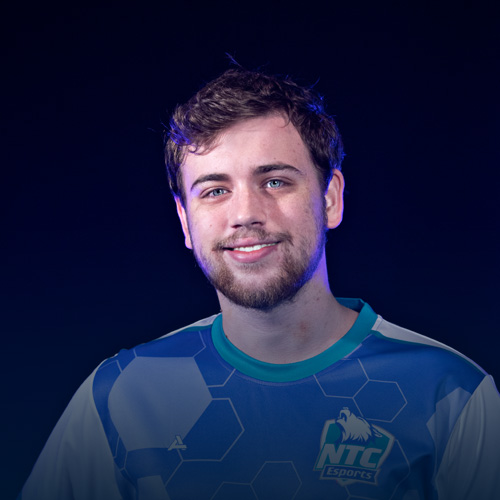 My name is Andrew Cashin, and I am the NTC Super Smash Brothers Ultimate Coach starting with the Fall 2021 semester. I was born in Illinois, but I was raised in Saukville and Port Washington, Wisconsin. I graduated from the University of Wisconsin Stevens Point with a bachelor’s degree in Communications and a minor in Political Science. I have played Super Smash Bros since my family first got our Wii, but I’ve played competitively, starting with Smash for the Wii U in 2015. I’ve been deeply enamored by Smash throughout my college career and have participated in and held tournaments for the scene in central Wisconsin all four years. Since the release of Smash Ultimate, I have ranked regionally for every season recorded. In addition, I have been a community leader through several avenues, including being a regional representative for the state’s Code of Conduct panel and being a primary data collector for the regional Power Ranking Panel. The Smash community has become somewhat of a family to me, and it has been my goal to continue to bring up new hopefuls and show them the heights they can reach and how much they can grow. Northcentral Technical College has offered an excellent opportunity to expand this family and introduce new players to significant challenges and people that will help them the way I’ve been supported throughout my life.