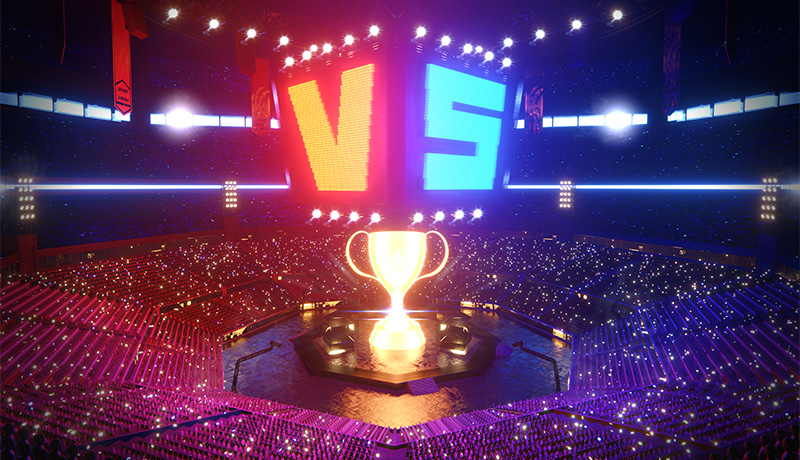 NTC Esports is excited to start the 2022-2023 season!  Once again, the Timberwolves will compete against colleges and universities all across the country.  Last year, the program faced some challenges rebuilding after several student-athletes graduated and everyone faced the ongoing effects of COVID. This fall, there is a buzz in the air. All three varsity teams (Overwatch, Rocket League and Smash) will have full rosters with a promising opportunity for JV/practice squads.  NTC Overwatch coach Blaine Smith stated, “Last year was challenging, the returning players focused on enhancing team dynamics and improving communication and they’re hungry for upcoming season to compete!”

With a mixture of returning esports student-athletes and new NTC students, it should be a fantastic atmosphere — not only in the esports arena, but in all corners of the College. “We ended last year with an emotional playoff loss, plus those players graduated,” said NTC’s Rocket League coach, Tyler Meitz. “We’re going to bounce back with two teams and we will see our fair share of ups and downs this season as our two new teams work hard to find how they mesh best, but it is sure to be a foundational season for the future of Rocket League at NTC.”

NTC’s Smash coach, Andrew Cashin, reflected on last year’s inaugural Smash varsity season. “This year, we have a handful and I’m excited to see what these new Smash players can do.”

Be sure to check out the Timberwolves as NECC competition starts in mid-September.

When the NTC Esports Arena opened in the fall of 2019, it quickly became a popular spot on the Wausau campus. “Looking back at that time, the arena was buzzing with excitement and activity,” said NTC Esports Head Coach, Jon DeGroot. “We had our varsity teams practicing and competing, but we also had NTC students utilizing the arena and playing titles such as Call of Duty and Apex Legends.”

‘If I remember correctly, there was a NTC student that came in every Friday morning to play American Truck Simulator before his classes. It was a great time to be a gamer at NTC!”

Then COVID-19 hit… the arena had to close its doors to NTC students who were not on varsity teams for social distancing. “It was an interesting time for NTC Esports during the pandemic,” said Matt Chitwood, NTC Sports and Rec Management Faculty who has worked with NTC Esports since the beginning. “On the positive side, our varsity teams became engaged in collegiate competition although most times remotely.”

‘Even with the tight restrictions to keep everyone safe, I think our student-athletes still had the opportunity to participate in a fantastic student development experience. The students attained those important success skills that will transferred into their careers or continuing on their higher education path.”

In early 2022, the arena started coming back to life with varsity competitions, community outreach events, Timberwolf Tournament Series and hosting the Wisconsin High School Esports Association State Championships. High school students from all across Wisconsin had the opportunity to play in one of the best esports arenas in Wisconsin.

“I think 2022-2023, we’re really going to see what this esports facility means not only to NTC students, but also the entire esports community in this area,” DeGroot said.