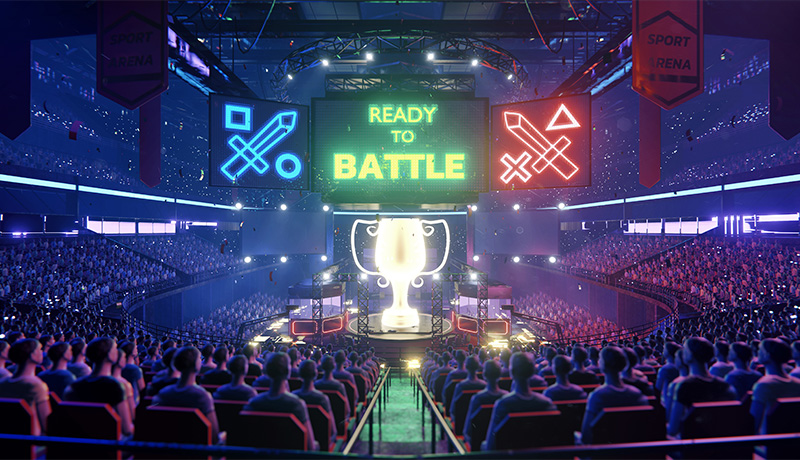 MANSFIELD, Mass.- The NECC’s first season of sponsoring esports (what the league is referring to as ‘Year Zero’) is officially underway with players representing more than 30 colleges and universities competing across five titles during the fall semester.

The conference’s complete list of participating schools can be found below.

‘’We wanted to be able to offer divisional play in a number of our titles, and originally, our goal was to have players representing somewhere around 20 schools competing,” said NECC Commissioner Jacob VanRyn. “To be quite honest, we’ve truly been overwhelmed with the response and the support we’ve received.

“The fact that we have schools at all levels – Division I, II, III, NAIA, Junior College, and Community College – competing against one another has been very well-received. On any given night in the NECC you can see a college in the New England area competing against a school that may be located in Southern California is really pretty awesome.”

Since the conference announced its intention to sponsor esports, the NECC set forth to provide a first-class experience for its players while working to create a structure and rule sets that ensure safe and fair play for its competitors.

“We’ve treated esports as we would any of our ‘traditional’ sports,” said VanRyn. “The players deserve a structure which not only encourages safe and fair play, but demands it. We hold our esports’ athletes to the same standard we do all other student-athletes.”

Another hallmark of the NECC’s esports effort that has been extremely well received thus far is the conference’s streaming efforts. Each day of the week (Monday through Friday), the NECC streams games from that night’s schedule using professional casters. The conference will be streaming each team at least once during the semester, and plans to enhance its streaming efforts during the postseason.

“My students are losing their minds being casted,” said Christopher Leonard, Director of Hood College’s Esports program.” “Even in a loss, they loved it. With everything going on in the world, they needed this and they are really having fun in the conference.”

The NECC plans to announce its fall semester postseason schedule, along with the titles it will be sponsoring in the second semester in the near future.

*Indicates players from this school are competing, however, the college does not have an official esports program at this time

The NECC announced its intention to sponsor esports in the fall of 2019. Recognizing the growing marketplace, the conference is committed to sponsoring esports in a manner that is similar to any of its other traditional sports. The NECC began play in the fall of 2020 and is sponsoring both regular season competition and championships in a wide variety of titles.